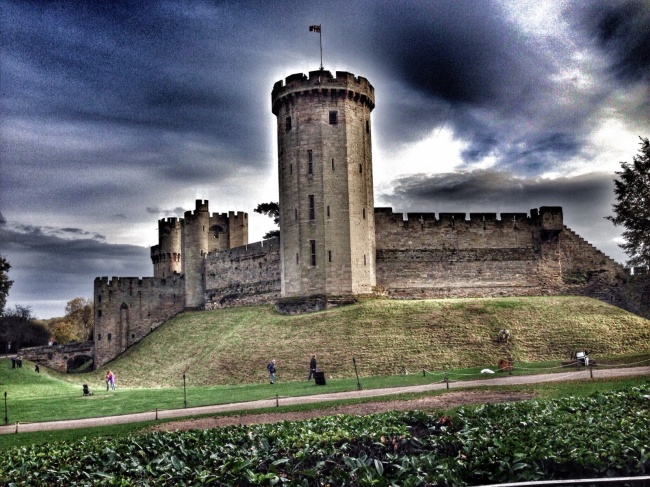 I have always wanted to visit Warwick Castle, but it is that little bit too far for a day out from Bournemouth!

During half term we stayed in a holiday cottage in Staffordshire and with Warwick Castle, which is part of the Merlin group, was just an hour away we decided this was the best opportunity to visit the iconic castle.

The Warwick Castle website promises that we would be surrounded by jaw-dropping history, magic, myth and adventure!  They are currently celebrating its 1,100th birthday and have lots of attractions and activities to see and do.

We set off early and arrived at the castle at about 10.30am.  I have to admit that we weren’t expecting such a long walk from the carpark to the castle entrance and Eliza spent the whole walk down complaining that her legs hurt.  By the time we got to the entrance it was almost time for the World’s Largest Trebuchet – FIRE display so we half walked / half ran to the field so we could see the action.

It was fascinating watching the actors get in the wheel and walk it around to raise the counterweight.  It looked like quite a strenuous job as they took it in turns!  Finally it was ready and the projectile was placed in the sling and lit…………the trigger was released and off it flew! 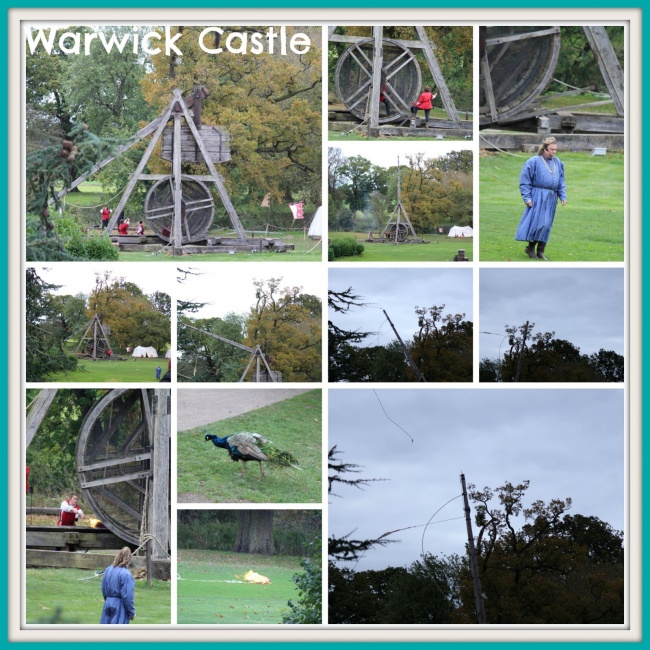 The kids all gasped in amazement and we were shocked that if they had wound it tighter the fireball could reach the town of Warwick itself!!

Once the demonstration had finished it was time to explore and we soon stumbled upon some of the birds of prey that would be performing in displays later in the day. 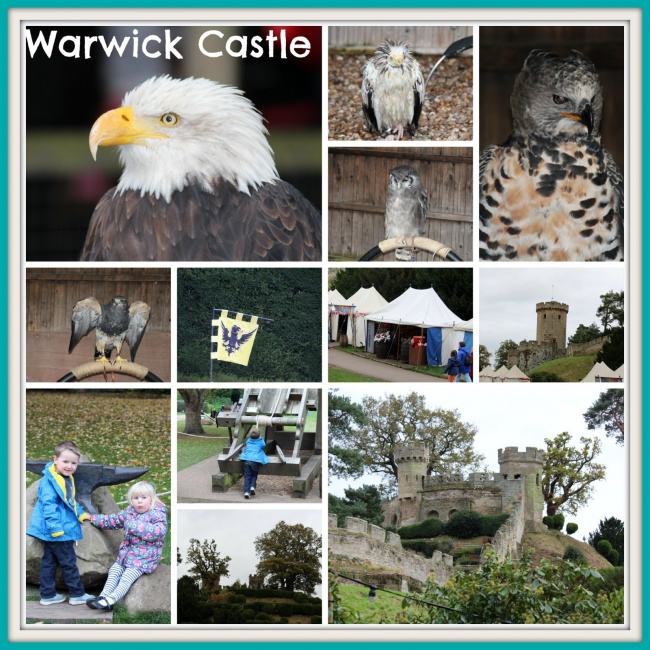 The grounds of the castle are beautifully maintained and it was nice to see that shops were situated in medieval tents and the staff were dressed the part too.

As it was Halloween week when we visited there were lots of spooky goings on.  They do have the Dungeons at Warwick Castle but Eliza and Isaac are too young for them, so we stuck to the family friendly Skeletons Ball instead. 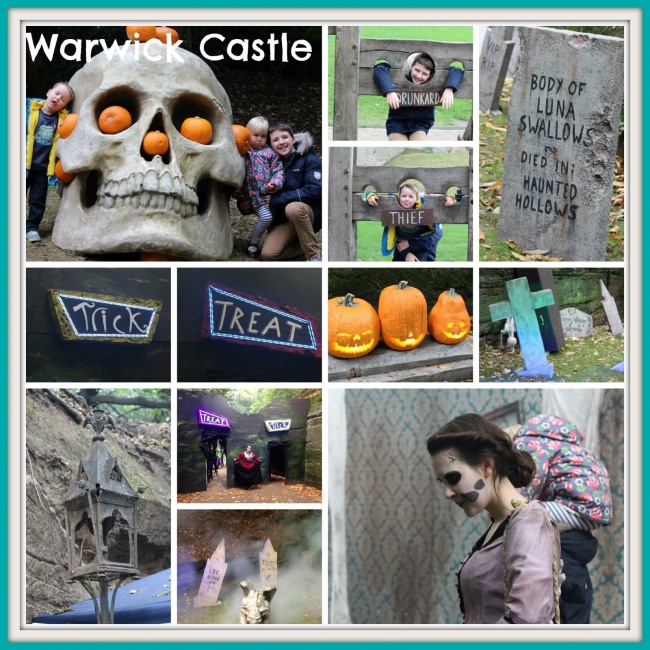 The sets were spookily fun and the actors were brilliant, throwing themselves into their parts.  They also took their audiences ages into account as they were friendly and chatty with Eliza and Isaac but turned on more spooky magic for the older children. 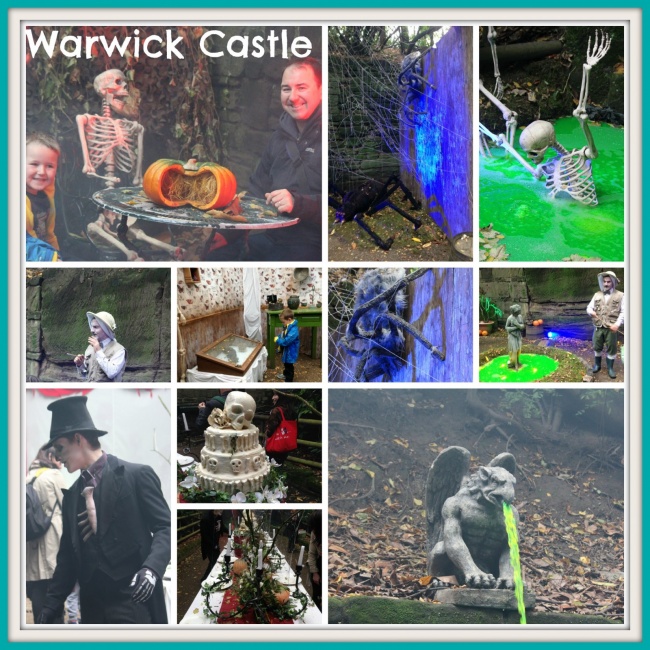 We then headed back inside the castle walls.  We though we were too late for the Birds of Prey show and stood back and watched by the Castle Ramparts, only to discover that we had the best view as the birds were landing right next to and above us!! 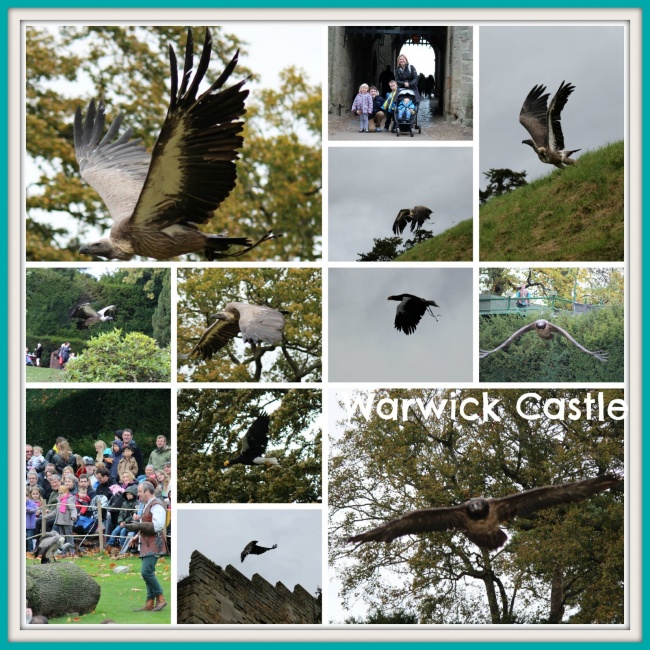 Earlier in the day I had booked a storytime session for Isaac and Eliza so we split up and I took the little ones inside for a witch led story where we practiced our magic and set the imprisoned Prince free whilst hubby and Kian explored the castle ramparts above us. 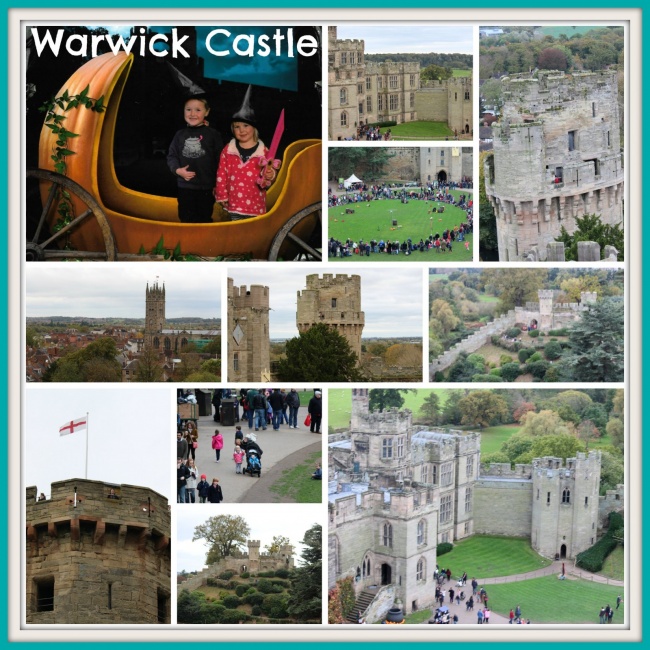 The highlights of the whole day though was the Duelling Dead Show.  Packed full of action, fight scenes and gunfire it was brilliantly staged and great fun to watch and was so good we staged are own version afterwards! 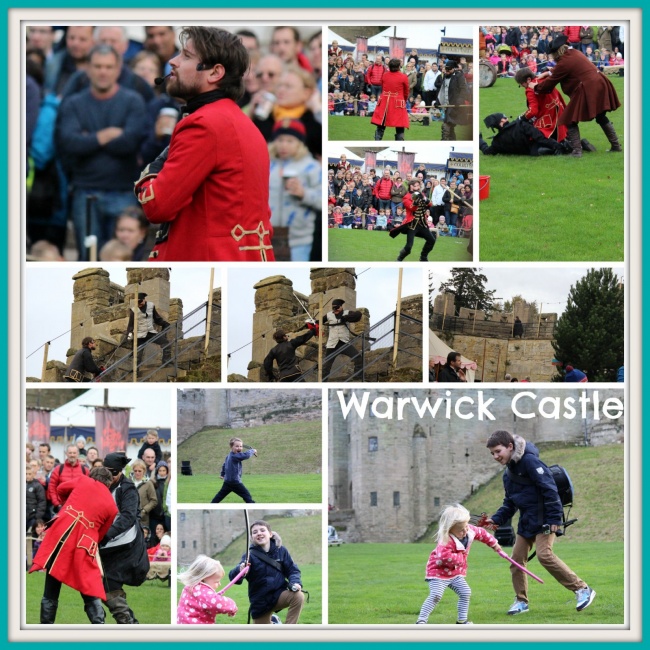 Warwick Castle has something for everyone and we didn’t get to do it all.  I would love to come back when the kids are older and spend more time looking around inside as it was packed full of historical artifacts and information, but the little ones weren’t interested and wanted to go back to the Skeleton Ball! 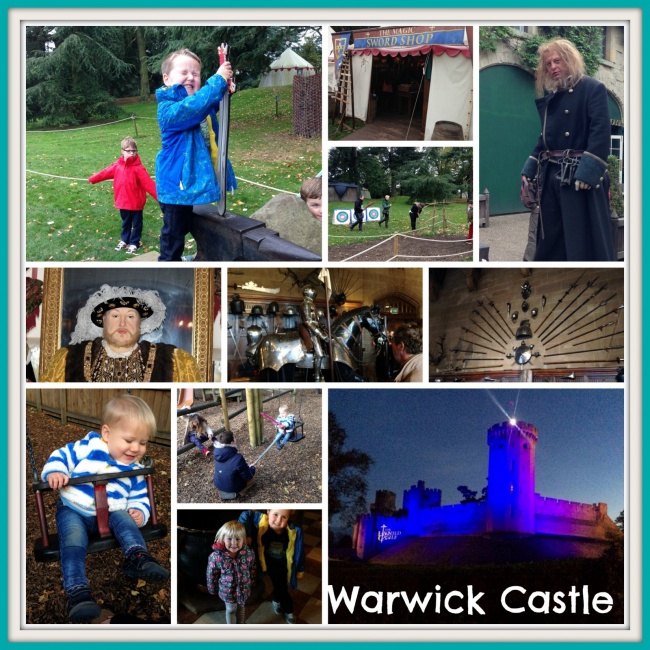 The castle looks stunning lit up at night too!

Thank you for an amazing day out!

22 thoughts on “A visit to Warwick Castle”