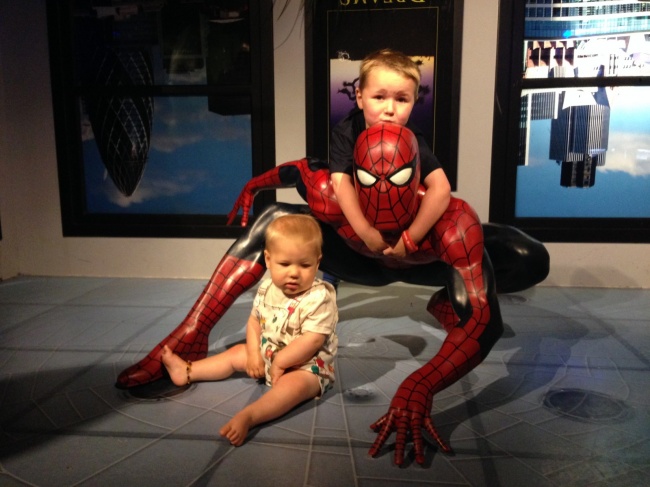 I haven’t visited Madam Tussauds for years, so when we decided to visit London for my birthday weekend in June it was top of my list, although I was concerned that Isaac and Eliza would not enjoy it.

I have heard tales of monster queues and huge waits to get inside the door, but arriving at midday we were surprised to walk straight to the front of the pre-booked queue with our Merlin passes and get inside almost immediately.  I was a little concerned that we were unable to take the buggy inside, so if you are travelling with a little one make sure you take a baby carrier!

Once inside I have to admit that Isaac and Eliza took some time to warm to the place – in hindisght I probably should of explained what we were going to see.  It was busy, although not packed and there was quite a lot of pushing and shoving as people battled their way to get through to see their favourite exhibits in the movie star hall.  It wasn’t until we met Shrek that they understood the people were not real and started to enjoy it. 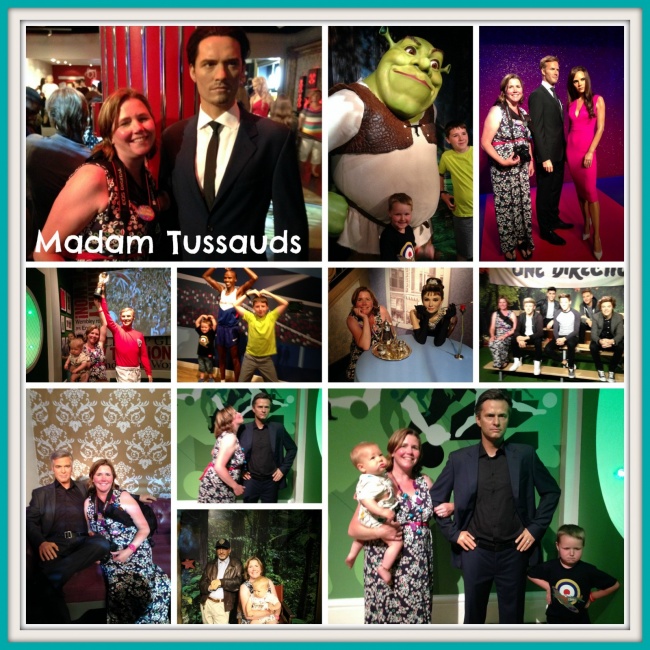 Isaac soon got into character and started posing next to all the exhibits.  He was asking lots of questions about who they were and what they did and I was quite surprised when he recognised some!  He really enjoyed the spirit of London ride as he had been learning all about the Great Fire of London at school. 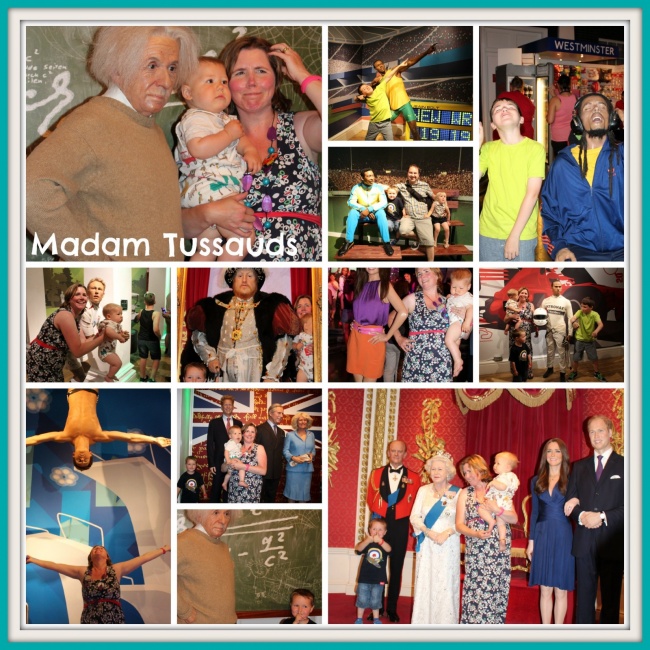 The further we got into Madam Tussauds the quieter it got which helped the kids relax.  We all did silly poses and made jokes as we went round.  The only thing I didn’t like was being constantly asked to pose by the staff and then given a ticket to buy the pictures which they took.

The attraction takes around 2.5 hours to get around and the grand finale is the Marvel Super Heroes interactive display and 4D cinema show which was mostly definitely the highlight of the day. 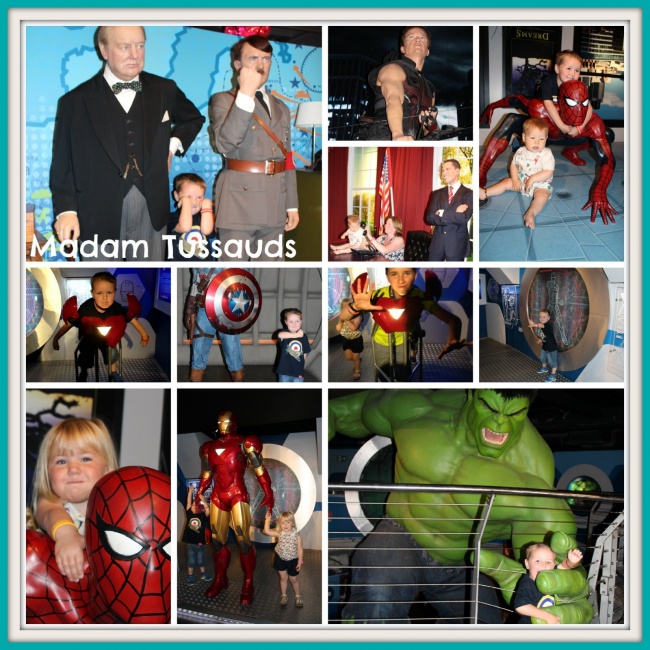 We have since visited Madam Tussauds in Blackpool which we thoroughly enjoyed too.

I currently have a fantastic competition to win a nights stay on the new Premier Inn in Holburn, London, plus a family ticket to Madam Tussauds and £25 to spend in their gift shop – to enter click here!