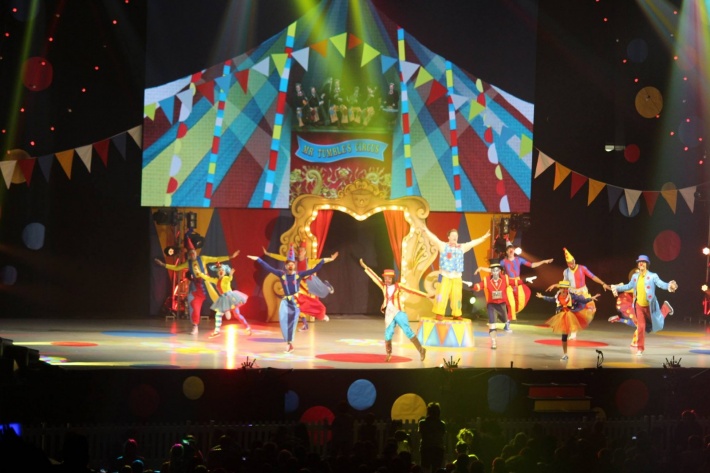 When we were invited to review Mr Tumble’s Circus I knew the kids would adore it.  We last went to see CBeebies Live back in 2012 but we have seen Justin and Andy Day several times at various events since and know they put on a spectacular show.

To save my sanity I decided to keep it a surprise until the day of the show, although I think I should have waited to tell them when we got there as they were bouncing off the walls as soon as they found out.

I have fallen foul of London traffic several times so we set off with plenty of time to get there and arrived nice and early with no problems at all.  The extra time gave the kids a chance to stretch their legs before the performance started. 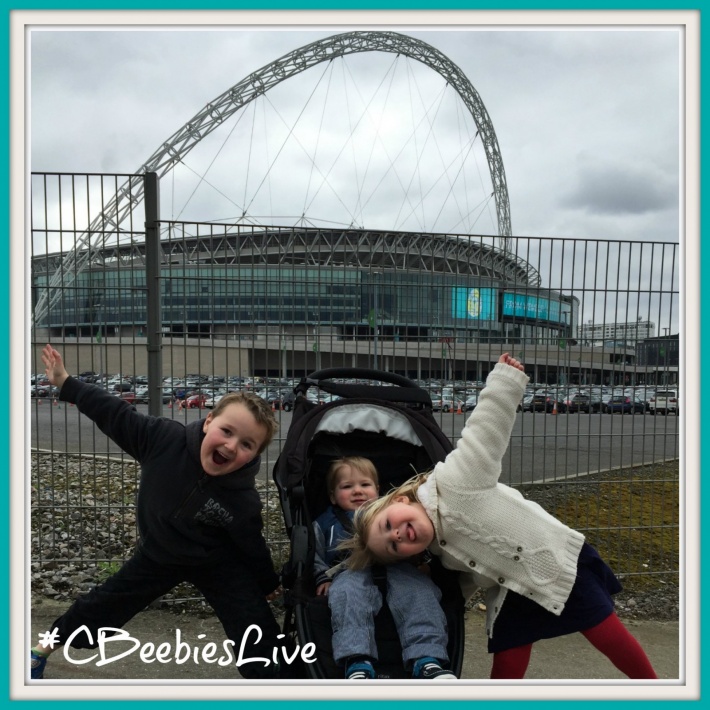 I had been a little nervous about taking three children aged 6 and under to Wembley Arena by myself but I have to admit that they were brilliantly behaved.  They stuck by me and helped entertain Sebastian whilst we waited to be shown to ours seats.  I did get stung for three light up foam sticks at £6 each which were one of the cheapest merchandise bits available, but they used them throughout the show as they danced, jumped and waved.

The show consisted of two main elements – the Tumble family and Arthur Sleep on the big screen with Justin, Robert the Robot, Andy, Cat, Gem and guests on stage.  Arthur Sleep tells us that Mr Tumble’s Circus is delayed en route!

The CBeebies stars with the help of Gigglebiz favourites, including Keith Fitt, Dina Lady, Gale Force and Arthur Sleep – must swing into action and save the day!

But with Robert The Robot insisting that everyone do their chores and Little Monster just wanting to cause mayhem and mischief… Will Justin and the CBeebies stars help get Mr Tumble’s Circus to town on time? 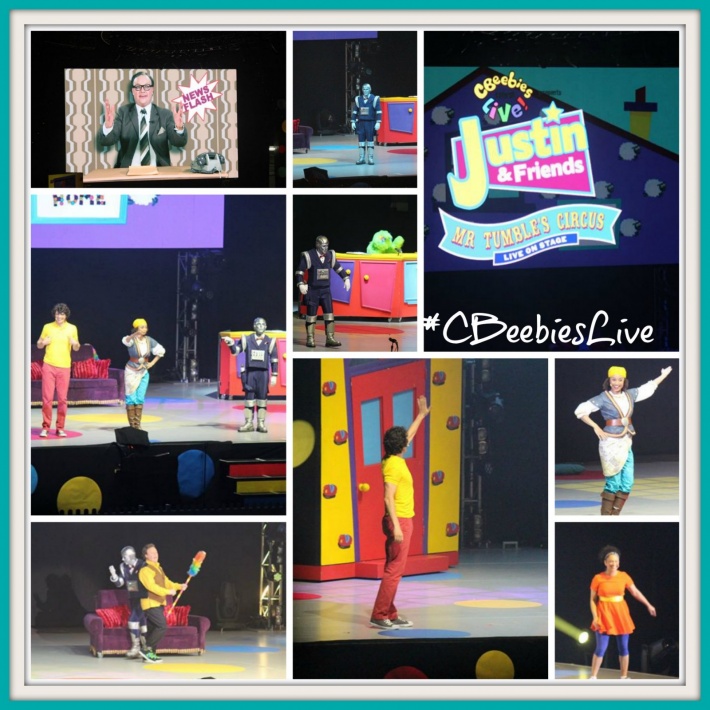 The show got off to a rocking start, with music to get the audience up on their feet and dancing.  There is nothing quite like watching your children leaping from there seats and joining in immediately with what is going on on-stage.  Even Sebastian was joining in. 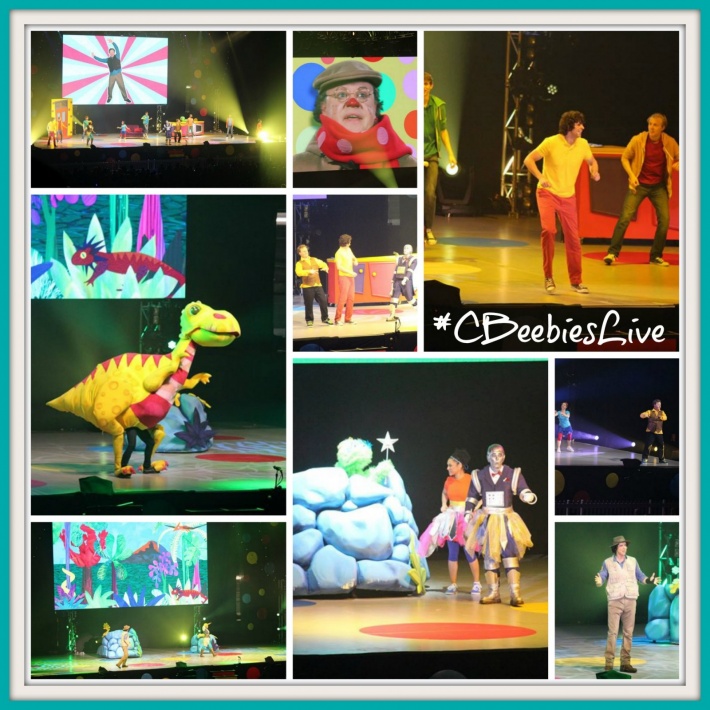 The CBeebies gang go on to discover that they have some pretty amazing talents themselves and so can save the circus and do their chores at the same time.  One of the favourite moments of the show was feeding “Tiddles” the bright orange Dance-o-Saurus!

Justin delighted the audience a couple of times by arriving at the back and walking through the crowds of adoring fans, high-fiving them on his way through as Keith Fit and spraying them with water as Aunt Polly.  We all got to play games too and had to race getting inflatable balls from one end of the arena to the stage. 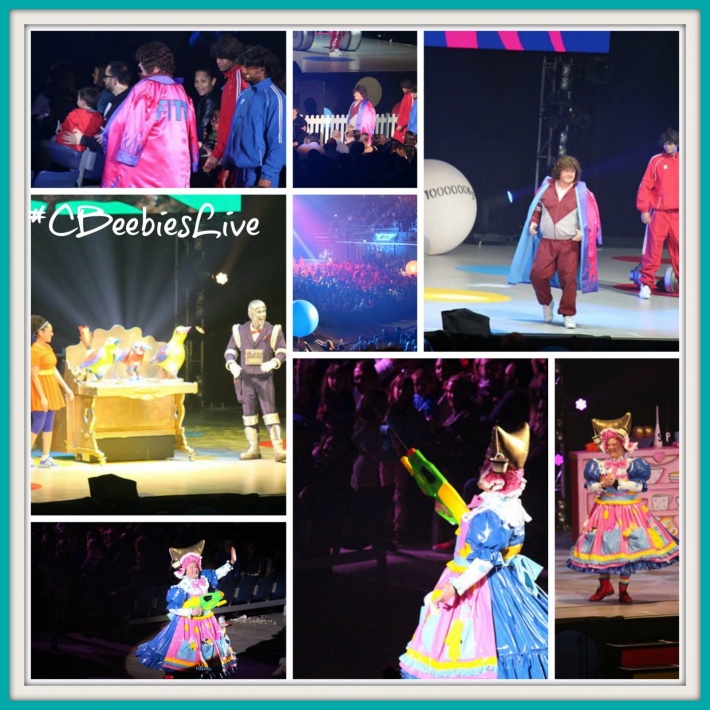 The first half of the show ran for 45 minutes, with a 20 minute interval before the next 45 minute performance.  The biggest cheer of the afternoon was reserved for Mr Tumble, who came through the audience again, shaking hands as he made his way through. 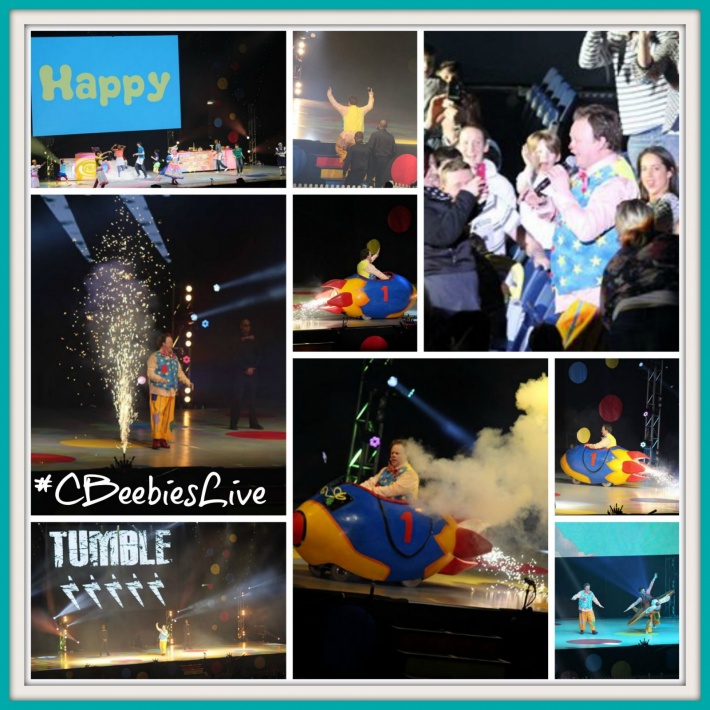 Finally everyone had finished Robert’s Chores and with the Tumble family not being able to make it to perform, they staged their very own circus and what a fabulous job they did! 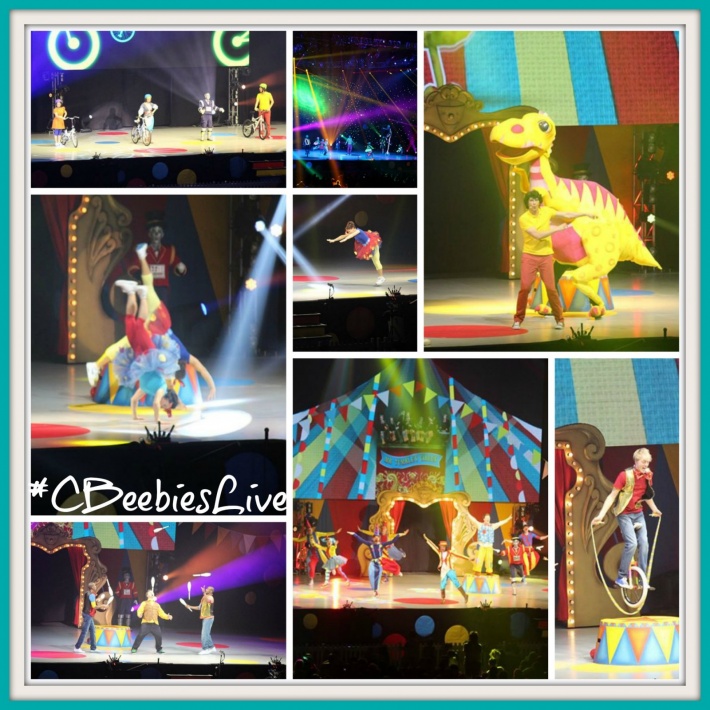 If you have CBeebies fans at home then I can happily tell you that they will adore this show.  I though my lot would be tired but they were buzzing with excitement and happily talking about it all the way home. 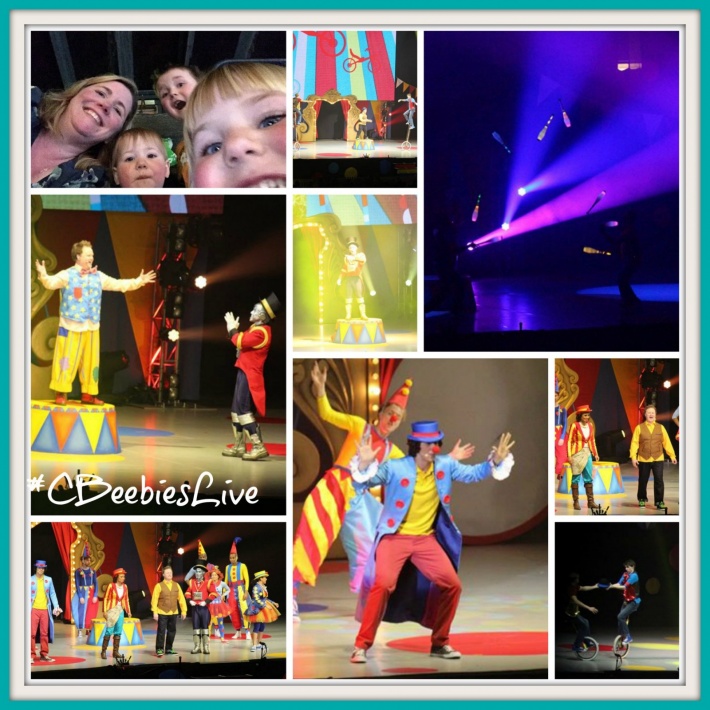 Mr Tumble’s Circus is coming to an arena near year for the Easter Holidays and ticket information can be found here.