I was such a tomboy as a child and played with cars over dolls most of the time.

I always wanted a Scalextric and when my step-brother got one for Christmas one year I was over the moon as it meant that I got to play too.

Having four boys in the house you would have thought that we would have owned a Scalextric set by now but to my disappointment they were never interested……..until now.

Sebby loves everything to do with cars, well any vehicle to be honest, so when we were invited to review the My First Scalextric set I knew he would love it.

Designed as a perfect introduction to the world of Scalextric, My First Scalextric is a 1:64 scale set which features an easy-to-assemble figure-of-eight track which measures 108cm x 61cm so it doesn’t take up too much room. 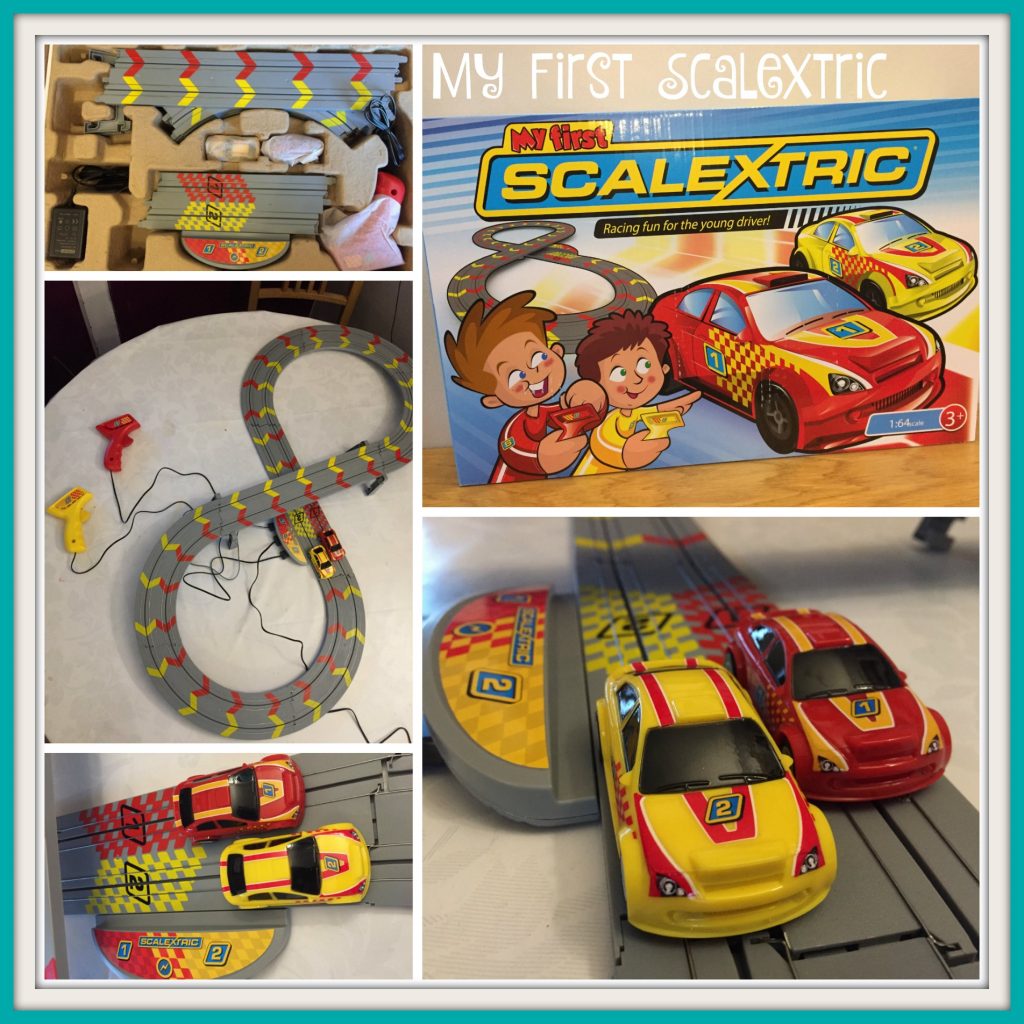 The set comes with two rally cars and adjustable power hand-controllers are colour coded in red and yellow to match the chevrons on the circuit.

Micro Scalextric is designed with the youngest racers in mind and is aimed at children age 3 and over. The vehicles are super resistant and are built to withstand the odd tumble and are fitted with extra strong magnets to reduce the odds of them coming off the circuit on corners taken at speed. The track in Micro Scalextric sets is more compact and is easier to connect and disconnect too, making for easier assembly and packing away.

I will admit that if you squeeze the triggers as far as they will go the cars do fly off the track so it does take some skill and teaches Sebby to control the cars. The shouts and giggles as they race makes me smile and he has challenged the whole family to take part, which they gladly do.

Who knew that cars racing around a track in a figure of 8 would be so much fun?

This set is mains operated and is supplied with a UK transformer.