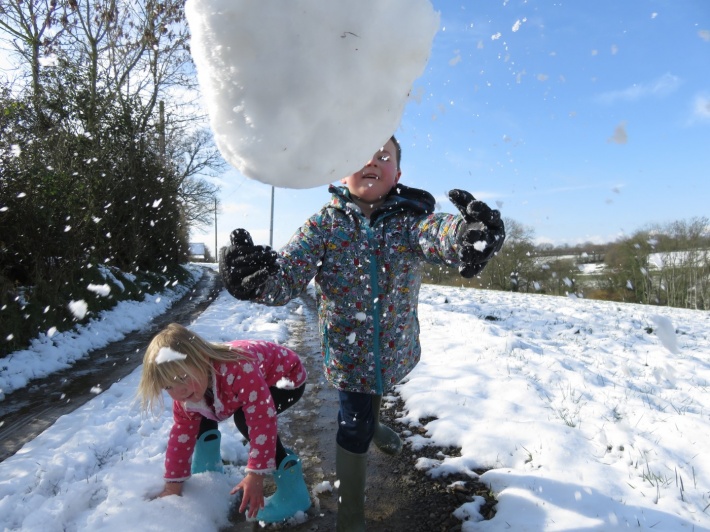 Like most children my kids adore the snow, but living on the south coast of England it is something we see only once every few years, so when we were forecast snow when on holiday in Normandy we all hoped it would be enough to build a snowman and have a snowball fight.

It started snowing on Wednesday evening as the kids went to bed but I wasn’t hopeful it would come to much as it seemed very wet and by the time we went to bed it had stopped altogether. Thankfully it must have upped its game overnight and we were treated to a blanket of snow covering everything the following morning, much to the kids delight, although I did have to stop them going out whilst it was still dark!

Finally we got outside and snow angels were the first order of the day, followed by a snowball fight and then snowman building. 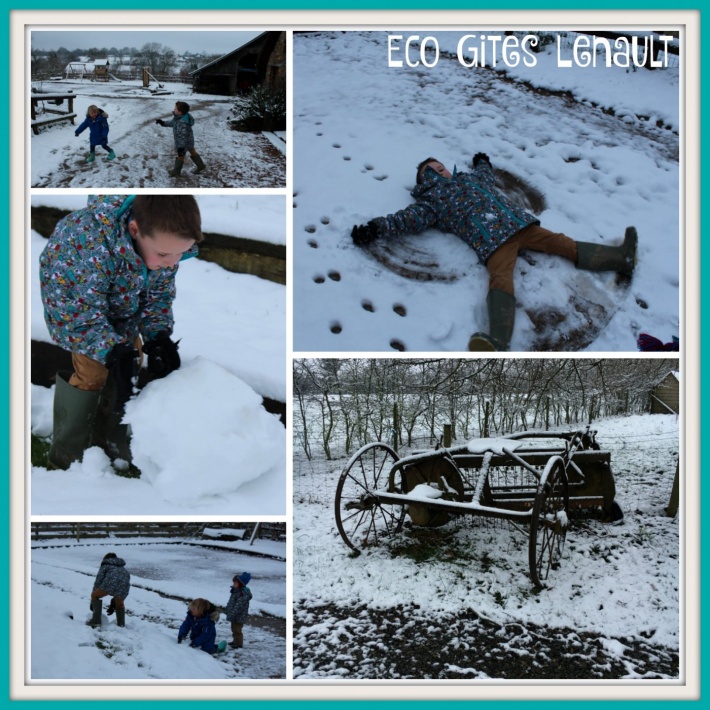 The snow was lovely and sticky, unlike the stuff we get at home so we managed to build a nice big snowman and Rosie, from Eco Gites of Lenault, came to our rescue with a carrot for his nose and some funky headwear. 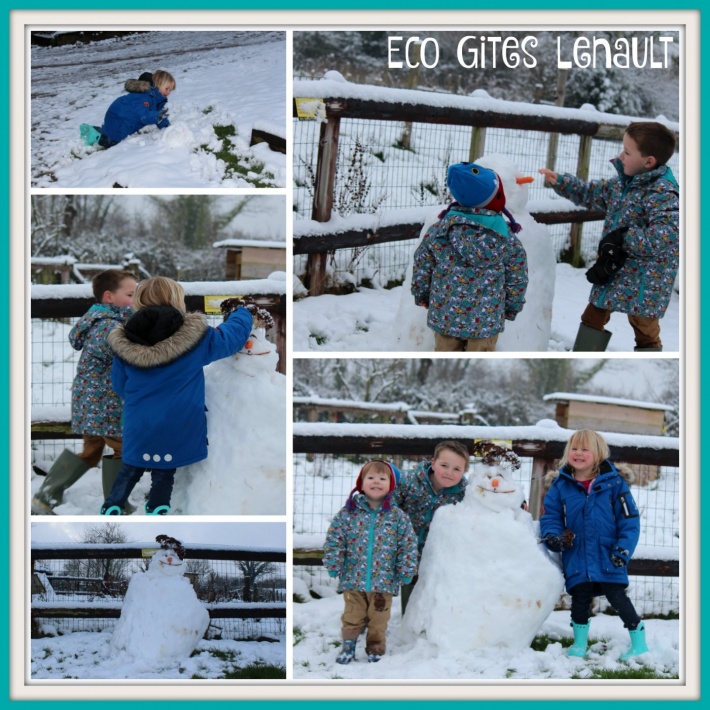 By now Daddy had come outside to join in the fun, which meant one thing: “Snowball fight!”

We paused play to feed the chickens and pigs whom, apart from Boris (Daddy Pig), were not keen on playing in the snow themselves and then we headed inside to warm up. 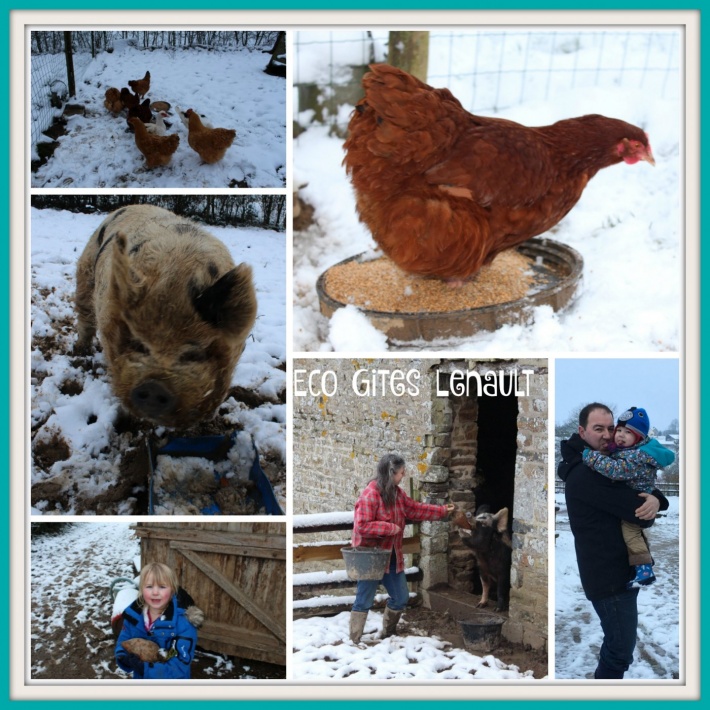 It was clear that the snow wasn’t going to last all day so we headed out a couple more times to make the most of it, with Kian being persuaded outside to join in too. 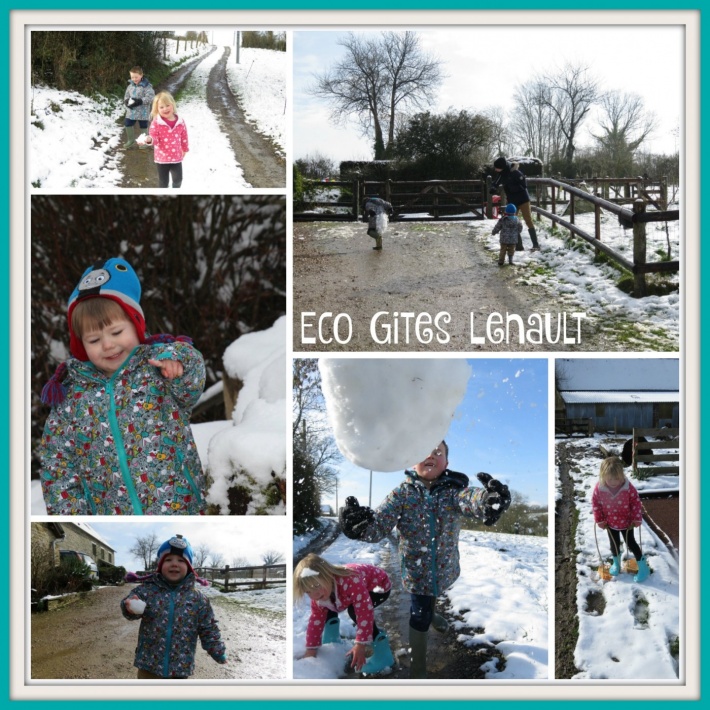 I think the snow day really made the holiday for the kids as they got to enjoy sun at the beach and snow all in one week – what could be better? 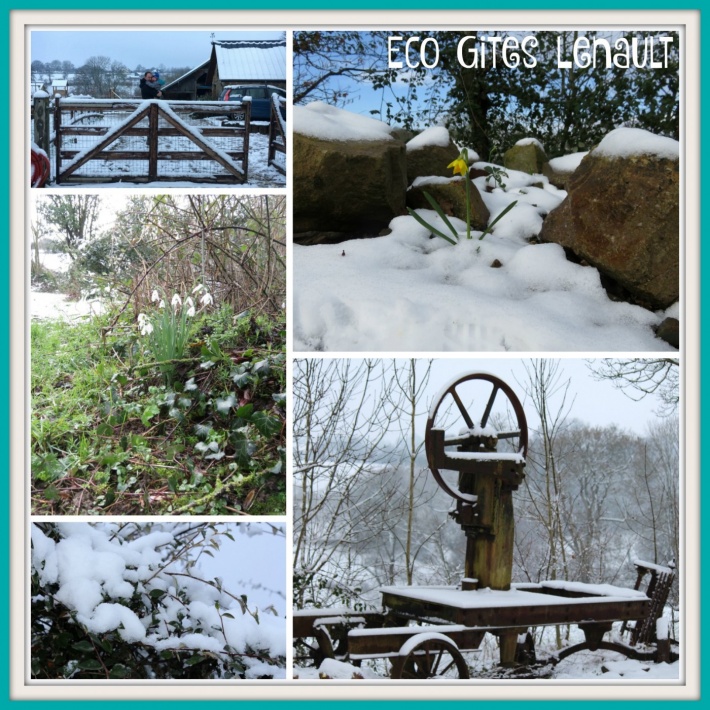