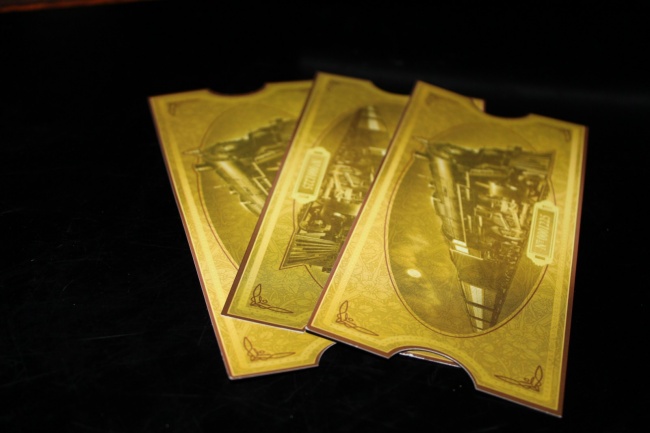 When I saw an advert for the Polar Express at Dartmoor I knew I just had to book tickets for the little ones to go despite not having seen the film as I had heard so many good things about the film.

Despite booking it back in September and having the film in the cupboard I had still not managed to sit down with the kids and watch the film, until by luck it was on the television the day before we were due to go.

As we watched the film the kids got fidgety and bored and I started to fear that I had wasted my money as even I found the film hard work and quite dark in places.

The Polar Express train was about an hour away from Coombe Mill so we had that time to get the little ones excited about making a mystical round-trip journey to the North Pole to meet Father Christmas.

There was a short queue to pick up our golden tickets when we arrived and I had made my first error – we forgot to turn up in our pyjamas.  Thankfully Isaac and Eliza were not bothered and I was reassured that they would rather be warm.  We had our photo’s taken with the chef, conductor and then headed out to the platform.

I was a little disappointed that the train pulling the carriages was not a steam train, but a diesel, however the carriages were all emblazoned with the words Polar Express and the platform was decorated in twinkling fairy lights whilst festive carols were played over the sound system whilst we waited for the Conductor to welcome us aboard. 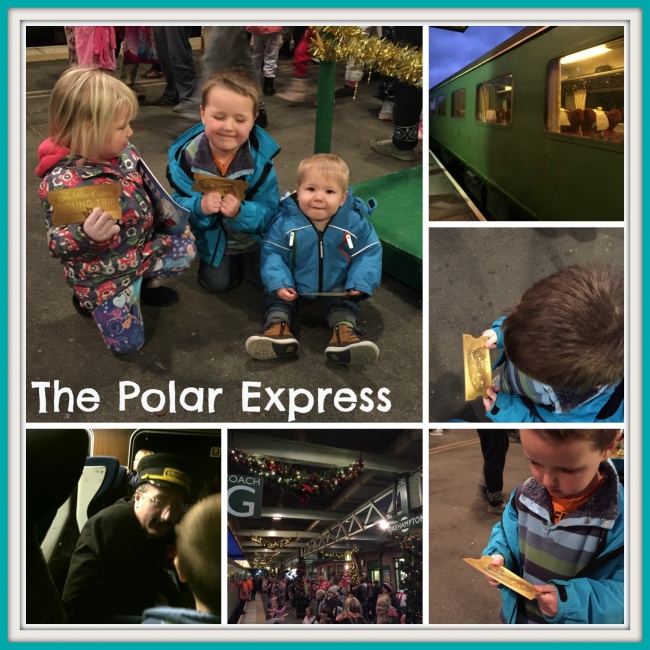 Once on board it really didn’t matter that it wasn’t a steam train.  The carriages were decorated with Christmas Garlands and fairy lights and we were sat at a table by the Conductor who was very authentic to the one in the film, complete with accent too.

We were given instructions to look out for the Hobo and Elves before we set off and shout if we saw them. As soon as we set off the characters from the story came to life with the chefs singing, dancing and delivering hot chocolate and cookies.  We saw the doubting hobo outside window with a fire and later on in the journey he wandered through the train whilst the children shouted “HOBO”.  Of course the Conductor couldn’t seem him though! 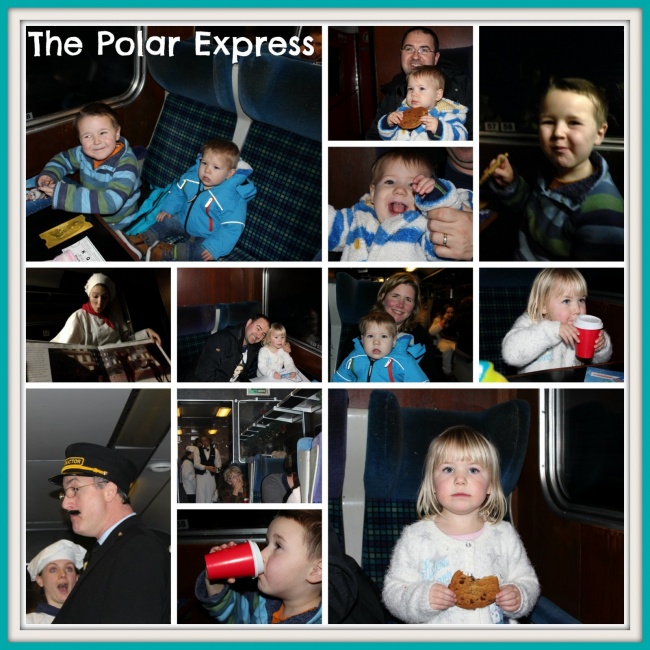 The children were encouraged to join in with the singing and the dancing and got really involved as they copied the moves.  Then the story is read aloud from giant books whilst the music from the movie plays for all the kids to sing along to before the cheeky elves arrive to provide more entertainment.

Just as the book is finished the carriage went quiet before the Conductor announced we were at the North Pole.  The look of wonder on the kids faces was brilliant as we approached the North Pole, where Santa was anxiously awaiting the children amongst the sparkling lights of his little city sat amongst dancing elves and a giant sack of presents. He then climbed aboard to give the classic silver sleigh bell to all the believing boys and girls whilst the conductor punched away at the children’s golden tickets. 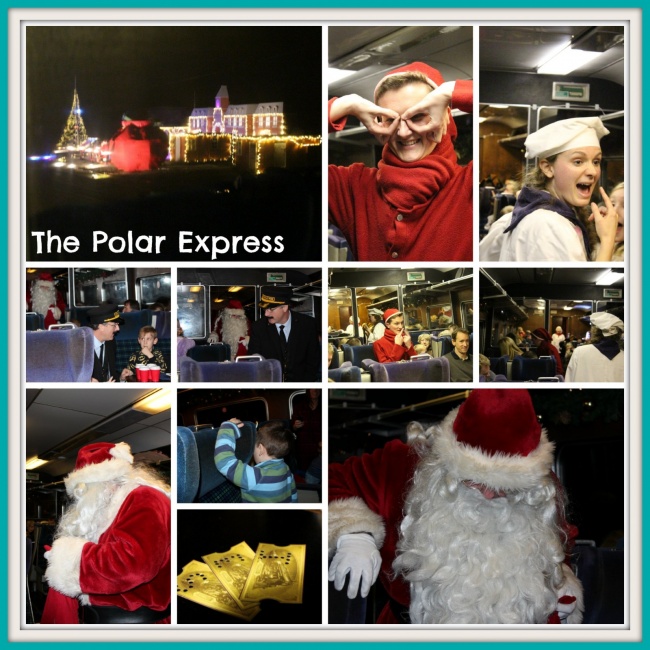 My only other grumble was there is no snow at the North Pole, which Isaac pointed out.  We explained we were in Santa’s city, however a small run of snow would have made it more authentic and is something they should think about for next year.

It was then time to head back to the station where were greeted by the chefs singing carols and lots and lots of excited children chattering about what they had seen.

The experience cost us £77 for 5 of us (2 adults and 3 children) and although pricey I would highly recommend it.  The Polar Express is now a favourite film too and has been watched several times since!

11 thoughts on “The Polar Express at Dartmoor”